Mucana Pruriens is a popular Indian Ayurveda medicinal plant, which has long been used in traditional Ayurvedic Indian medicine, for conditions like parkinsonism (Sathiyanarayanan et al., 2007).

This herb is widely used in Ayurveda, which is our ancient traditional medical science that has been practiced in India since the Vedic times (1500–1000 BC). Mucana Pruriens contains L-dopa as one of its main constituents. The beans and its extracts have also been employed as a powerful aphrodisiac in Ayurveda and have been used to treat nervous disorders and arthritis.

Mucana pruriens have traditionally been used as a nervine tonic, and as an aphrodisiac for male virility. The pods have anthelmintic properties, and the seeds are anti-inflammatory. Powdered seeds possess anti-parkinsonism properties, possible due to the presence of L-dopa in this Herb. 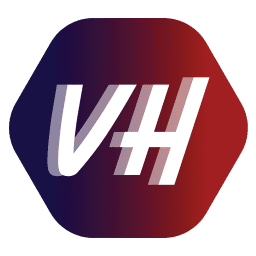 The plant Mucana Pruriens, also known as “velvet bean,” is a vigorous annual climbing legume plant from mostly cultivated in India and then moved to southeast Asia and Africa. Most parts of Mucana Pruriens has valuable medicinal properties and it has been investigated in various applications, including for its.

Q. What is Mucana or velvet bean extract ? What it is used for ?

A. Mucuna pruriens (Fabaceae) is a well-established in Ayurveda sciences and used for the management of male infertility, nervous disorders, and also as an aphrodisiac. It has been clinically shown that its seeds are potentially of substantial medicinal importance. The ancient Indian medical system, Ayurveda, traditionally used Mucana Pruriens, even to treat such things as Parkinson's disease.

Q. How Mucana supports in Anti-Parkinsons ?

Q. What is the main constituents in Mucana ?

Q. How is the Neuroprotective effect of Mucuna pruriens seeds?

In India, the seeds of M. pruriens have traditionally been used as a nervine tonic, and as an aphrodisiac for male virility. The pods are anthelmintic, and the seeds are anti-inflammatory. Powdered seeds possess anti-parkinsonism properties, possibly due to the presence of L-dopa (a precursor of neurotransmitter dopamine). It is well known that dopamine is a neurotransmitter. The dopamine content in brain tissue is reduced when the conversion of tyrosine to L-dopa is blocked. L-Dopa, the precursor of dopamine, can cross the blood-brain barrier and undergo conversion to dopamine, restoring neurotransmission (Kulhalli, 1999).

According to Anktar et al., (1990), M. pruriens seeds used at a dose of 500 mg/kg reduced plasma glucose levels. These and other data demonstrated that the amount of seeds necessary to obtain a significant anti-diabetic effect contain a total of approximately 7 mg of d-chiro-inositol (including both free, and that derived from the hydrolysis of FP1 and FP2). The anti-diabetic properties of M. pruriens seed EtOH/H2O 1:1 extract are most likely due to d-chiro-inositol and its galacto-derivatives.

A. Mucana Pruriens seeds and the whole plant contains large amounts of phenolic compounds, exhibits high anti-oxidant and free radical scavenging activities. These in vitro assays indicate that this plant extract is a significant source of natural anti-oxidant, which may be useful in preventing various oxidative stresses. It has been reported that methanolic extracts of Mucana Pruriens leaves have numerous biochemical and physiological activities, and contain pharmaceutically valuable compounds.

No reviews
Tap to zoom